In the first advent of Christ, there are prophetic parallels describing the second advent. 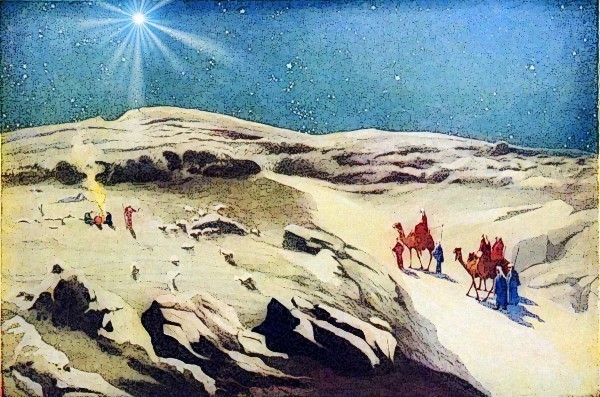 When Christ came the first time, Who was ready? It was not the wealthy, influential, leaders in the city. It was the poor, humble, "shepherds" of the flocks - out in the country; and the "wise" men. Notice that the "shepherds" were out in the country, and that they were studying and discussing the prophecies of the coming Messiah and praying for His soon coming.

"In the fields where the boy David had led his flock, shepherds were still keeping watch by night. Through the silent hours they talked together of the promised Saviour, and prayed for the coming of the King to David's throne."

"Believers who are now living in the cities will have to move to the country, that they may save their children from ruin."   Country Living p. 19

"Again and again the Lord has instructed that our people are to take their families away from the cities, into the country, where they can raise their own provisions; for in the future the problem of buying and selling will be a very serious one. We should now begin to heed the instruction given us over and over again: Get out of the cities into rural districts, where the houses are not crowded closely together, and where you will be free from the interference of enemies."  Adventist Home  p. 141

The wise men were following a star.

"That star was a distant company of shining angels,..." Desire of Ages p. 60

The wise men were following angels (the 3 Angel's Messages)

The "star" led them to the place where Jesus was.

The 3 Angel's Messages are focused on the Most Holy Place - where Christ is now!

" I saw the third angel pointing upward, showing the disappointed ones the way to the holiest of the heavenly sanctuary." EW 255

The shepherds came the night that Christ was born - the wise men came approximately 2 years later.

It has now been approximately 2,000 years since Christ's first advent.

Herod issued a death decree and Joseph, Mary, and Jesus had to flee. They had a type of "Time of Trouble".