If someone offered you a pill that would make you live longer, feel better, be happier an even look younger you would be crazy not to take it.

It has been said, "Regular exercise is the single most important thing you can do for yourself if you want to live a long and healthy life."  Does this also affect our spiritual lives?

In Counsels on Health we are told,  "By neglecting to take physical exercise, by overworking mind and body we unbalance the system.  Those who thus shorten their lives by disregarding nature's laws are guilty of robbery toward God."

A study of men between the ages of 35 and 74 who exercised regularly showed that they could expect to live and hour or two longer for every hour they exercised.

In another study 10 rats were subjected to stresses of light, noise, and electric shocks.  In one month they all died.  Then other rats were subjected to the same stresses, but they were also given exercise on a tread mill.  After a month they were all well and thriving.  The conclusion: exercise allows the body to make use of its restorative powers.

According to fitness experts walking is the best of all exercises.  We are told " A walk, even in the winter, would be more beneficial to health than all the medicine a doctor may prescribe."(Counsels on Health, pg. 53)

With regular exercise the heart can pump blood with less effort.  The heart attack risk is reduced by 20%.  Much of the work of pushing the blood back to the heart is done by the calf muscles which squeeze the deep veins and force blood upward against gravity.  That is why walking is often called the second heart.

"When pain is felt in certain muscles after walking, or other exercise, it is caused by the effort of nature to give life and vigor to those parts that have become partially lifeless through inaction.  Nature is awakening them to life." (Counsels on Health 200)

So make an effort to get more exercise.  Take a walk or climb the stairs which is 10 times the work of walking on level ground.  You will get more exercise the faster you walk. (it keeps you warmer too.)

Remember "More people die for want of exercise than through over fatigue: very many more rust out than wear out." (2 T 525) 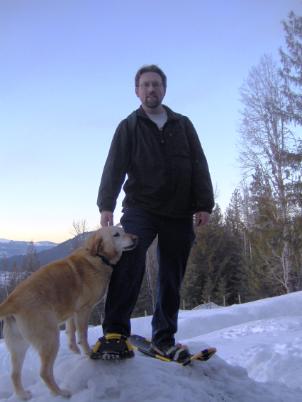