"Be not deceived; God is not mocked: for whatsoever a man soweth, that shall he also reap."  Galatians 6:7

Consider this story: In the early 1970's Barbara Reed, an Ohio probation officer decided to add a diet therapy program to other more mainstream approaches to help keep her probationers from committing another more serious crime and ending up back in jail.  Statistically, seven out of ten probationers (70%) return to the court system on more serious charges and are sentenced to prison.

Her probationers were place on a strict diet which permitted no refined sugar, white flour products, chemical additives, caffeine or alcohol, and which was abundant in fresh fruit, vegetables, grains, allowed a little lean meat and emphasized plenty of water.

Eighty percent of those on her program (more than 5,000) people transformed their lives to become productive members of society.  That is more than double the typical 30%.  Her success was so remarkable that it became front page news in the Wall Street Journal in 1977.

The old saying "you are what you eat" just might be true. Diet is the major influence of health which you can control.  In 1990 a study published in the Journal of the American Medical Association listed poor diet and inadequate exercise as the leading underlying factor that caused death.  It topped both tobacco and alcohol which filled places 2 and 3.  Proof Positive pg.2

What diet was meant for humans?  God's original plan was fruits, nuts and grains.  "And God said, Behold, I have given you every herb bearing seed, which [is] upon the face of all the earth, and every tree, in the which [is] the fruit of a tree yielding seed; to you it shall be for meat." Genesis 1:29

After sin vegetables were added. "Thorns also and thistles shall it bring forth to thee; and thou shalt eat the herb of the field;" Genesis 3:18

It was not until after the flood (almost 2000 years later)that clean meat without the fat or the blood was permitted. And this was allowed for the purpose of shortening man's life span.

Every moving thing that liveth shall be meat for you; even as the green herb have I given you all things.
But flesh with the life thereof, [which is] the blood thereof, shall ye not eat.
And surely your blood of your lives will I require; at the hand of every beast will I require it, Genesis 9:3-5

If Noah had eaten any of the unclean animals, it would have caused it's extinction. 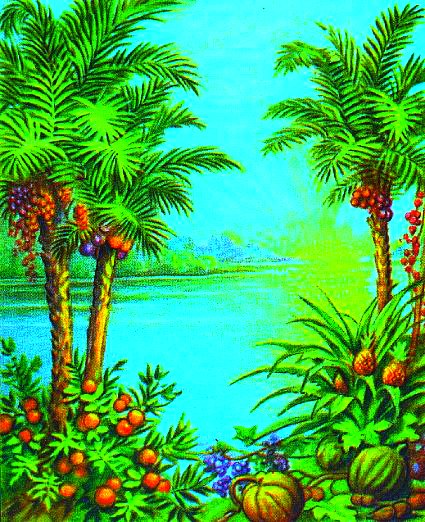 We are designed to eat plant foods.  Carnivores have shorter intestines. It is usually 3 times the length as of their bodies.  This is so because flesh decays very rapidly, and the products of decay quickly poison the blood stream if they remain long in the body. They also have 10 times the amount of hydrochloric acid as herbivores and an almost unlimited capacity for handling fats and cholesterol. The human digestive system is 12 times the length of the body. According to a heart disease researcher in Texas, it is our high fat diets, particularly saturated fats and cholesterol, that cause the majority of heart disease in this country.

Disease is the result of eating unnatural foods.

The average American doesn't die of old age, he dies of disease. Think about Moses, he climbed to the top of a mountain to die.

So many of us are careful to do exactly what the doctor says, but are we following the diet prescribed by the Master Physician?

So prescribe yourself a change and try it, back to man's original diet!

Beloved, I wish above all things that ye may prosper and be in health.