Appreciated by young and old, rich and poor, educated and uneducated alike, this amazing story is the best loved classic of all time.

Here again retold, is the true history of a Great King and his plan to save the kingdom.

A long time ago, the greatest King that has ever ruled upon earth had an uprising in his kingdom.  Sadly, all of his subjects were sentenced to death.  But the Good King loved them, and he had a plan to save them and rescue the perishing kingdom.  Here is that story as recorded in the King’s own Book, the Bible.

This King owned more land and seas than any king has ever owned. In fact, He spoke words so powerful that when He spoke, light, air, water, plants and animals appeared.

Everything was perfect until Adam and Eve, two of His subjects, disobeyed the King. They chose to listen to an evil talking serpent, called Satan.  Because they had disobeyed the King, the law of the land said they must die.

"Whosoever committeth sin transgresseth also the law: for sin is the transgression of the law." 1 John 3:4 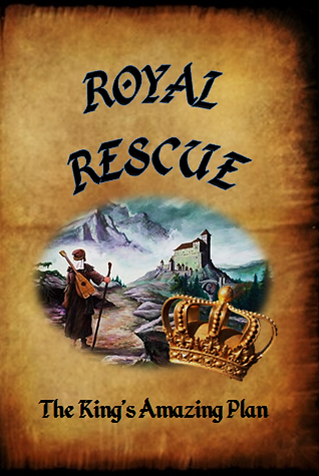 Unfortunately, the sin problem didn’t stop with Adam and Eve. Disobedience spread like a disease, their own son murdered his brother and eventually all the subjects of the Good King had also disobeyed. But the Good King had a plan. He would plead for the people in his kingdom on Earth.
The Bible says, "Wherefore, as by one man sin entered into the world, and death by sin; and so death passed upon all men, for that all have sinned:"  Roman 5:12 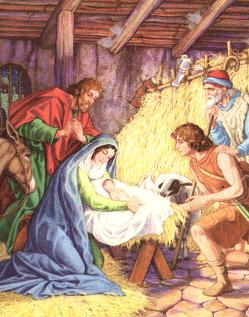 The King decided he would send His own son as special gift to save the people who repented and were sorry for their sins. He commanded, “thou shalt call his name JESUS: for he shall save his people from their sins.”  And so the Prince of Heaven was sent as a baby and born in a stable. But to most, his coming was unnoticed.

The Bible says, “For the wages of sin is death…; but the gift of God is eternal life through Jesus Christ our Lord”. Romans 6:23

Angels were sent from the King of the realm to humble shepherds to announce the birth of the newborn Prince of Peace. They sang, Glory to God in the highest, and on earth peace, good will toward men.

The Bible says, "For unto us a child is born, unto us a son is given: and the government shall be upon his shoulder: and his name shall be called Wonderful, Counsellor, The mighty God, The everlasting Father, The Prince of Peace." Isaiah 9:6

As Jesus grew and became a man the serpent Satan tried to get Jesus to disobey the laws of the realm too.  But Jesus always obeyed his Father and chose to refuse evil. Jesus told Satan, “It is written…, Thou shalt not tempt the Lord thy God.” (Matthew 4:7)

The Prince of heaven ministered among His beloved people.  He brought joy and peace to sin sick hearts. He healed the sick, raised the dead, and offered hope to the hopeless.

Jesus said, “The Spirit of the Lord… he hath anointed me to preach the gospel to the poor; he hath sent me to heal the brokenhearted, to preach deliverance to the captives, and recovering of sight to the blind, to set at liberty them that are bruised,” Luke 4:18

He declared of himself, "I am the way, the truth, and the life: no man cometh unto the Father, but by me." (John 14:6) Even the children loved to be near him.  He always took time for them.

Jesus… said unto them, Suffer [let] the little children to come unto me, and forbid them not: for of such is the kingdom of God. Mark 10:14

But evil men had Jesus nailed to a cross. There the Prince of Peace chose to die so that sinners could be set free from sin. He paid the death penalty for you and me.